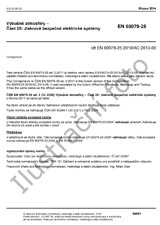 - Active.
POSIX.1-2008 is simultaneously IEEE Std 1003.1-2008 and The Open Group Standard Base Specifications, Issue 7. This 2016 Edition includes IEEE Std 1003.1-2008/Cor 1-2013 and IEEE Std 1003.1-2008/Cor 2-2016 incorporated into IEEE Std 1003.1-2008 (the base document). The Technical Corrigenda address problems discovered since the approval of IEEE Std 1003.1-2008. POSIX.1-2008 defines a standard operating system interface and environment, including a command interpreter (or “shell”), and common utility programs to support applications portability at the source code level. POSIX.1-2008 is intended to be used by both application developers and system implementors and comprises four major components (each in an associated volume):
- General terms, concepts, and interfaces common to all volumes of this standard, including utility conventions and C-language header definitions, are included in the Base Definitions volume.
- Definitions for system service functions and subroutines, language-specific system services for the C programming language, function issues, including portability, error handling, and error recovery,are included in the System Interfaces volume.
- Definitions for a standard source code-level interface to command interpretation services (a "shell") and common utility programs for application programs are included in the Shell and Utilities volume.
- Extended rationale that did not fit well into the rest of the document structure, which contains historical information concerning the contents of POSIX.1-2008 and why features were included or discarded by the standard developers, is included in the Rationale (Informative) volume.